UK Flooding: What is causing it and what is being done about it?

Did you know, around five million people in England and Wales are living in flood risk areas? That’s one in every six homes which are at risk.

Statistically, residential premises are more likely to be flooded than burgled. The result is an annual flood damage cost in the region of £1.1billion across England alone.

According to the Environment Agency the average cost of flooding to a home is £30k. Urban flooding, also known as ‘groundwater flooding’, is a serious problem. As recently as November 2019, many regions of the Midlands - including South Yorkshire, East Midlands and the West Midlands - suffered severe flooding as a result of prolonged heavy rainfall that drainage systems and rivers could not tolerate.

So why does urban flooding occur, and what can people do to mitigate the risks and keep themselves and their property safe?

The hydrological cycle explains the continuous cycle of water throughout the Earth and its atmosphere. In simple terms, the hydrological (or water) cycle consists of the following steps:

There is one crucial difference between the water cycle in urban areas compared to rural areas. In urban areas, impermeable surfaces (such as some types of concrete) mean less water can infiltrate the ground. 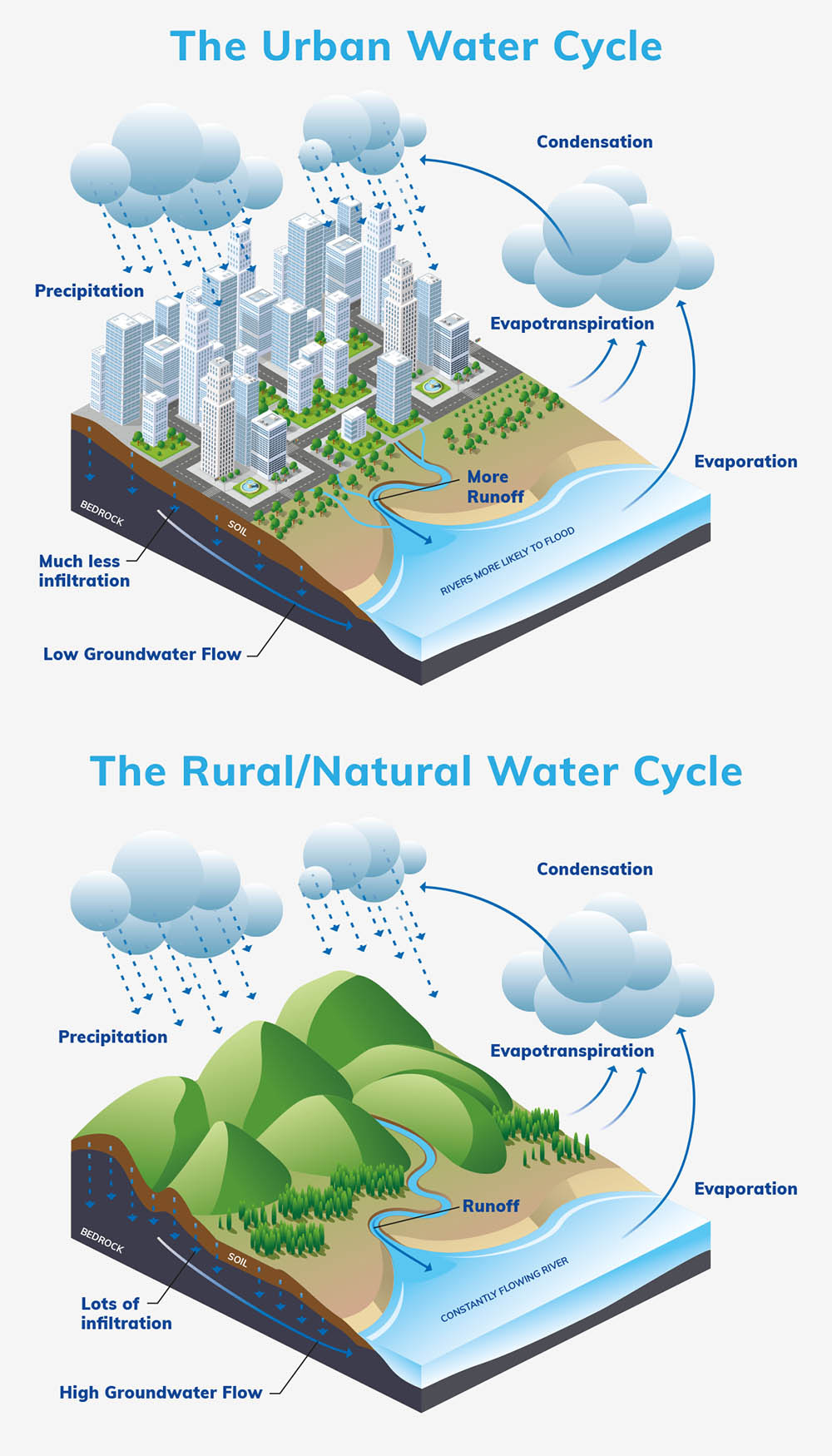 Surface runoff is water from rain, snow melting, or other sources, that flows over the land surface towards a river or other basin. In rural areas, the soil, grass and other natural surfaces are permeable, which means much of the surface water can be absorbed into the ground.

In urban areas, there are significantly fewer permeable surfaces. This means more of the water has no choice but to build up and flow along the surface. This creates the following issues:

If too much water is forced into over-capacity drainage systems, or rivers and lakes, they can overflow or burst their banks, resulting in flooding.

Where in the UK is there the highest urban flooding risk?

There are a number of populated areas of the UK where flood risk is higher. According to a leading site security and safety consultancy, the following areas are at a particularly high risk of flooding.

Areas with a high risk of river flooding

Areas with a high risk of groundwater flooding

What is being done about urban flooding?

Urbanisation is here to stay. As populations grow, towns and cities are expanding and replacing the natural, permeable ground with more and more hard, solid surfaces. Due to the increased need for housing, developers have no choice but to expand urban areas.

This, paired with the growing concerns around climate change, means groundwater flood risks are set to grow to unprecedented levels.

Various new initiatives have been launched across the globe in efforts to tackle the long term risk of flooding in populated areas. Some of these are theoretical, while others are very real and have been benefiting towns and communities for a number of years already.

Sustainable Urban Drainage Systems, commonly known as SUDS, are methods of managing the quantity, quality and biodiversity of surface water in urban areas.

SUDS are drainage systems that are considered to be environmentally beneficial, causing minimal or no long-term detrimental damage. They are often regarded as a sequence of management practices, control structures and strategies designed to efficiently and sustainably drain surface water, while minimising pollution and managing the impact on water quality of local water bodies. 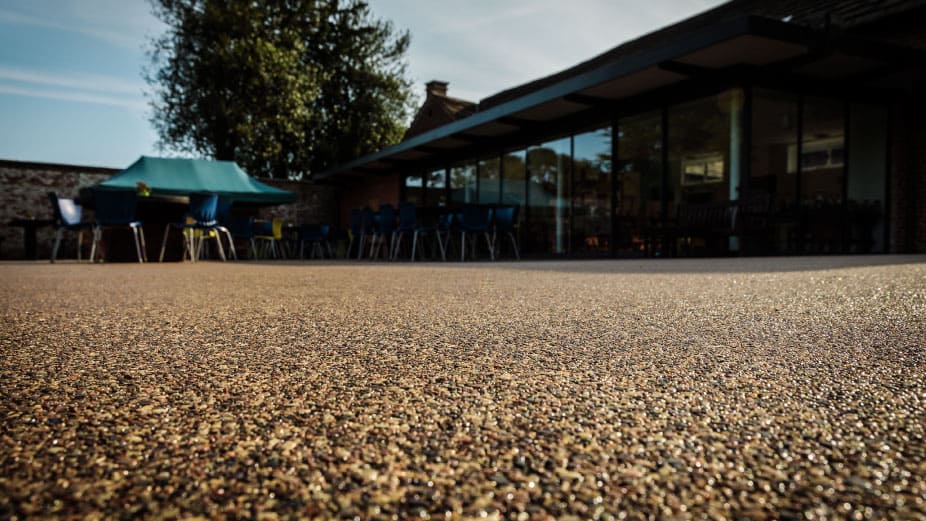 SUDS helps manage the volume of water that flows over surfaces, reducing the build up of surface water and therefore lowering flood risk. It also helps reduce water pollution by preventing as much water picking up pollutants from the ground as possible before entering the drainage network. Many urban developments are now required by law to be SUDS compliant.

Find out more about SUDS in the Resin Bound Knowledge Centre.

What is a “Sponge City”

Another Sustainable Drainage System, which has already been adopted in China, is the “sponge city”. As the name suggests, a sponge city is structured and designed so that rainwater can be absorbed and repurposed for a number of functions, including irrigation and residential use. 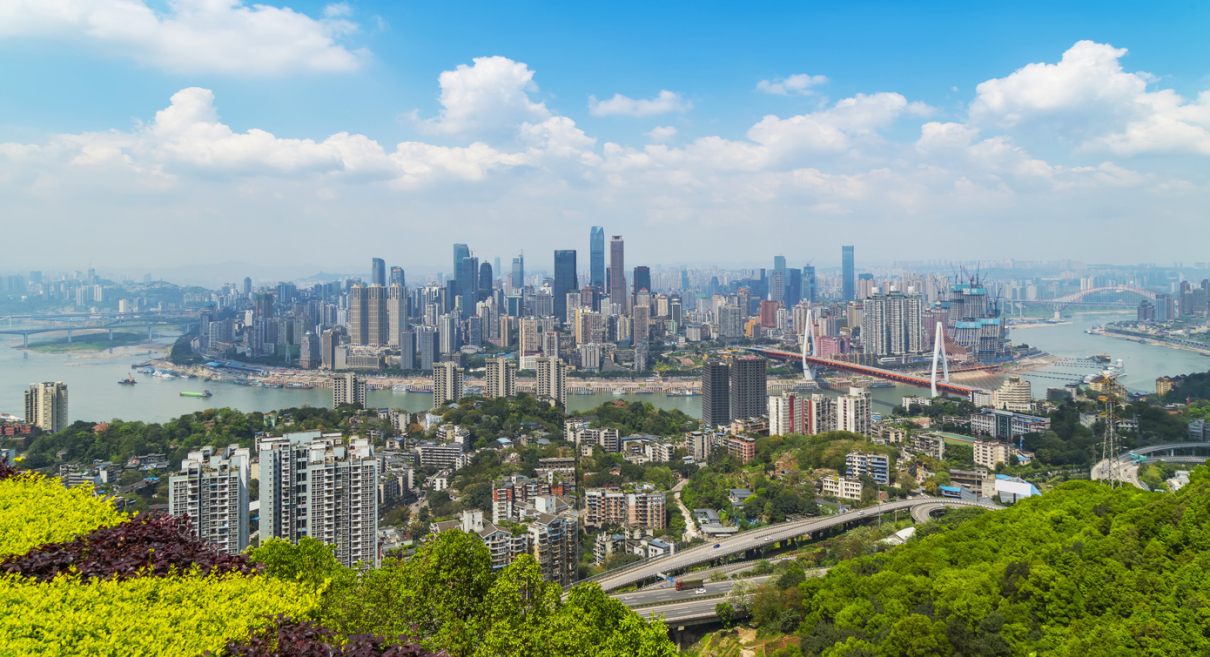 A sponge city is characterised by:

China has chosen 16 cities (including Chongqing - pictured above) in which it is implementing innovative new water management strategies to gradually turn them into “sponge cities”.

Green (or living) roofs are a simple but effective way of mitigating flood risk in built-up areas. They are roofs that are covered in vegetation, such as grass. One of the main causes of urban flooding is overburdening sewage systems with excessive quantities of stormwater. To help tackle this, many cities have begun separating rainwater from the sewer systems. This means the sewer can serve its primary function properly, while rainwater can be sent elsewhere.

Floodplains are areas adjacent to river beds which are intended to capture any overflow from the river. These areas are intended to flood in the event of heavy rainfall or other causes of overflow. By retaining water here, floodplains help protect built up areas downstream from the risk of rivers bursting their banks.

Increased urban sprawl has dramatically cut the number of active floodplains. In Europe, 90% of these have been lost. This means the urban areas no longer get that added layer of flood protection. The European Environment Agency is campaigning for the restoration of floodplains as a way of both reducing flood risk to communities and benefiting the environment.

How to help protect homes from flooding

As well as various large-scale initiatives that are being considered to help tackle flood risk, there is also plenty that we can do to protect our homes against flooding.

Resin bound is considered the future of surfacing for residential, public and commercial properties alike. It offers a unique combination of visual and practical benefits. 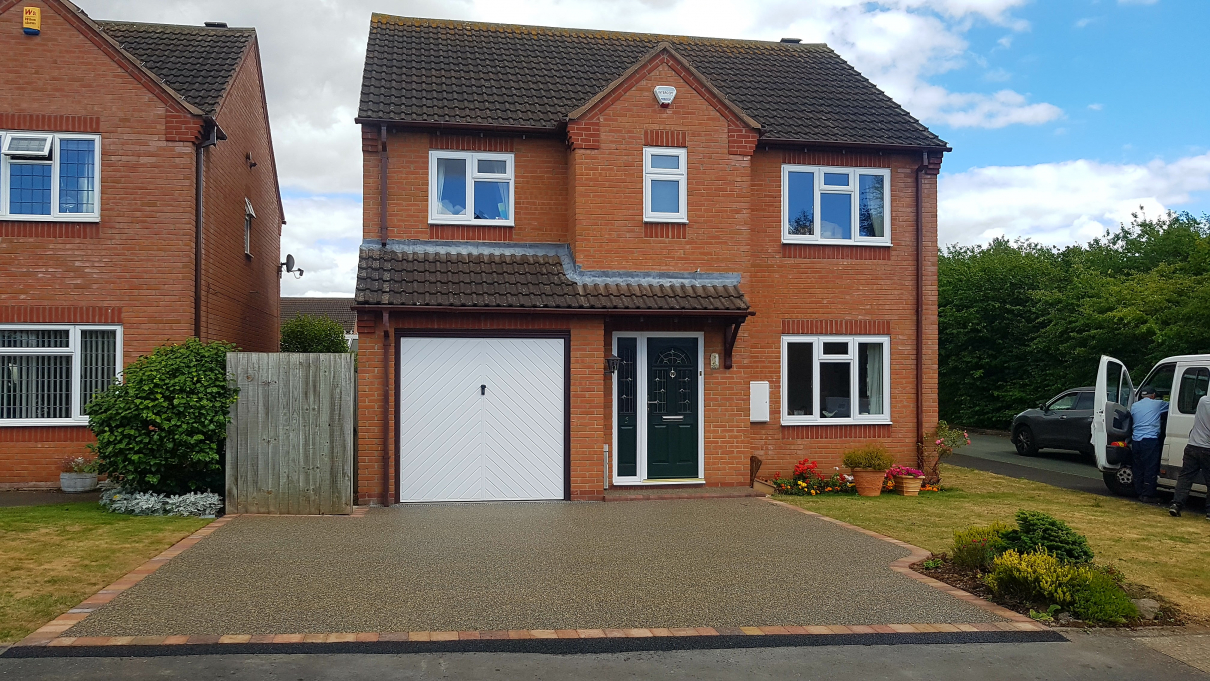 A resin bound surface is porous and permeable when it is laid on an appropriate base. This means water can pass through it into the ground beneath. 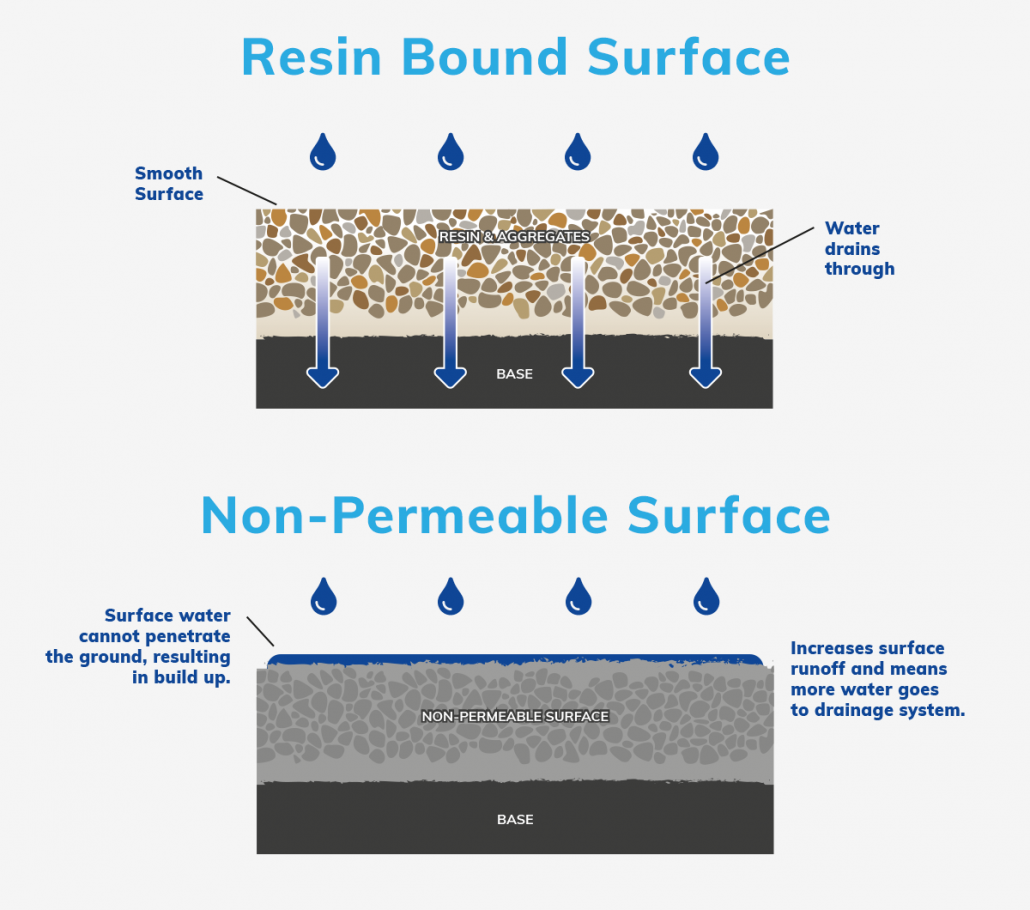 Resin bound allows you to have a smooth, uniform and hard-wearing surface that absorbs water, rather than directing it into nearby drains or holding it on the surface as puddles.

Remember, for any permeable paving solution to work as intended, it must be installed on an appropriate porous base. Concrete, for example, is not permeable. Installing a permeable surface on a concrete base will not offer the benefits of permeable paving. But resin bound can still be put on a concrete surface and the water directed away via aco channels.

How to reduce the damage should a flood occur

It may not be possible to completely mitigate the risk of flooding to your home. In the unfortunate event that your property is affected by floodwater, there are plenty of tricks to help protect your home from the damage caused by floodwater.

If you are issued a flood warning and have time to prepare, you can defend your furniture and other items with special waterproof bags. If possible, it is also advised that you move any valuable or high risk items upstairs where floodwater cannot reach them. This should only be attempted if you are sure it can be done safely.

Back to Latest News
Back to top

Whatever support you need, our dedicated team of friendly, knowledgeable and experienced aggregate and resin specialists are always here and happy to help.

Call us01629 636500 Send us an emailcmccarthy@​derbyaggs.com Chat withour team
Connect with Us